This is a submission to Game Off 2018

View the submission page for this entry

So, as promised, I have updated the game with the content I didn't manage to add within the game jam! Initially, I wanted this process to take no more than 10 days from the last post, but due to few bugs and features I failed to implement, it took a little bit longer. It took me 1 day longer than needed, but I think that the changes and additions from 1.1 should compensate it!

And here are the features of version 1.1: 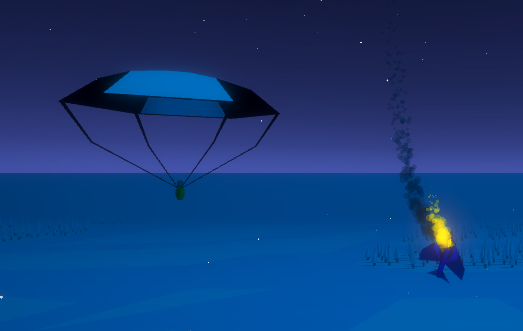 One of the main issues of the original version 1.0, was the permadeath system. Previously, you had only one life, and if you would get shot down, you would start from the very beginning, which was monotonous and annoying. But that is a thing of a past, with the new parachuting system! At the beginning of a new game, you're given a few parachutes (on normal you get three, while on hard, only one). If you get shot down while having more than one parachute, you get sent back to hangar instead of the game over screen. Though, whenever you crash, you lose one parachute, and if you crash while having no parachutes, then it is a game over. This system should solve the problem, because now you have a room for errors to make!

(Map is on the left, while radar, on the right)

Those are new parts of the hud, whose job is to show player's position on the map, as well the positions of enemies, homes, and other objects that are marked. The radar is located in the bottom-right part of the screen, and it shows all of the objects nearest to the player, that are also within the radar radius (which can be changed by holding shift and pressing the map button). Map on the other hand, shows all of the objects that are on the map, regardless of the player's position or radar distance. However, only one of them can be visible at a time, in order to switch between radar and map, you need to hold the map button (M on default). The addition of those elements, should make searching, planning, and dogfighting, much easier. 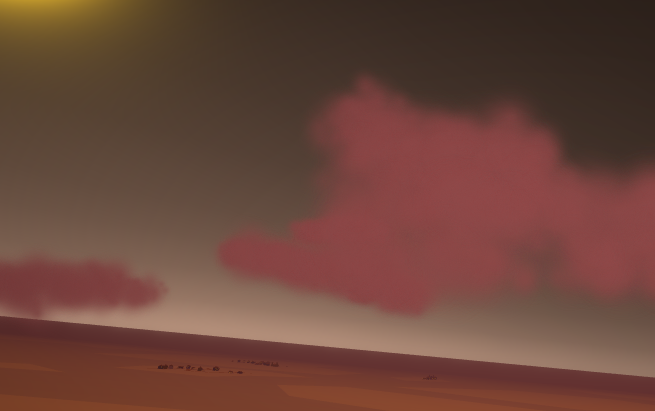 A pretty insignificant addition, one might think, but there is actually much more to these. The main thing, is that they aren't a part of skybox, they are three dimensional; while flying, you can actually see them moving! They are placed randomly on the map, in random amounts and random shapes. But visuals aside, they actually serve a function. Since they're 3D, you can fly into them, and once you do that, you will be hidden, and all of the foes will ignore you as long as you stay hidden! That function comes useful when performing surprise attacks, or when trying to hide from high amounts of enemy airplanes. 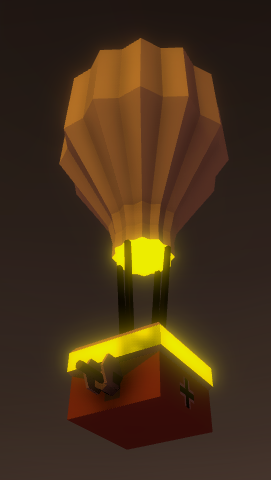 There's a new addition for airplanes, it's a turret. This addition, is actually pretty complex, because it introduces a brand new mechanic! Normally, the guns on airplane can only fire forward. Turrets can rotate, and so this gives an ability to fire in all directions, instead of just forward! In order to use it, just aim. Instead of aiming forward, you'll get FPP view of the turret, which you can rotate with the mouse. The only cons of this addition, is the slight recoil, and the fact that the amount of guns won't increase the fire rate. It's best to use on bomber airplanes. 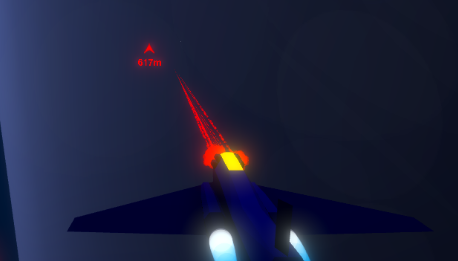 Lasers are new type of equipable guns for player's airplane. That itself would not be very impressive, but there is one cool thing that makes them unique form other guns: bullet speed is equal to 1c! This projectile travels with a speed of light, and so it reaches it's maximum distance instantly. With those new lasers, there is basically no need to fire in front of your targets, you can just aim straight at them! They work best for the striker airplanes, since strikers are firing from long ranges, and that means firing way in front of a target, which you don't have to do when you use lasers.

There are only two guns that use this technology: 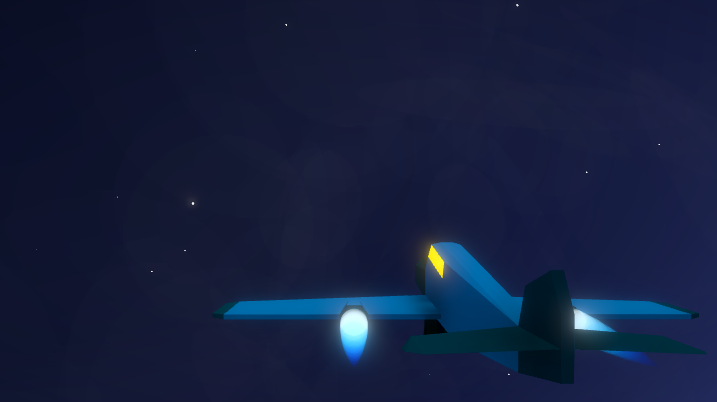 All of the features I've mentioned in this post, are mostly about the gameplay. But I also wanted to make this game, a bit prettier. Most of the visual changes, are particles, things such as winds or snowing. When flying, the amount of snow and transparency of wind are depending on snowing intensity, which is random for each round. There isn't really much to say about this particular feature, other than those effects make the game look slightly better.

Easily, the best addition in this update!

Brick is a new special! Upon equiping it, you can throw a brick! It doesn't require any ammo, has an infinite range, has a 10 second cooldown, and is affected by the gravity. Laugh all you want, but this is the ultimate weapon!

Aside from these previously mentioned changes and additions, there are also smaller changes added to this game. These small changes are:

- Changed looking back, into free look. Now instead of looking behind yourself, you can look whenever you want, makes dogfighting much easier.

- Increased the amount of earned mooney by 50%

- Reduced the spawn rate of Messerschmitts by a bit

That's all I wanted to say. Thank you for reading and/or playing. If you have any feedback, bug reports,  or any questions regarding the update or the game in general, please leave it in the comments below! Also, version 1.0 is still available.