So, it has been quite some time since the last post. I've been playing the whole campaign to see if it is beatable and bug-free, and I've also been working on the bonus challenges!

After few hours of playing and completing the whole campaign, I can say that it is beatable, although some levels might be hard for those who have not mastered this game. It is also bug-free, and typo-free (for the most part, at least).

Now I can say that the campaign is done! 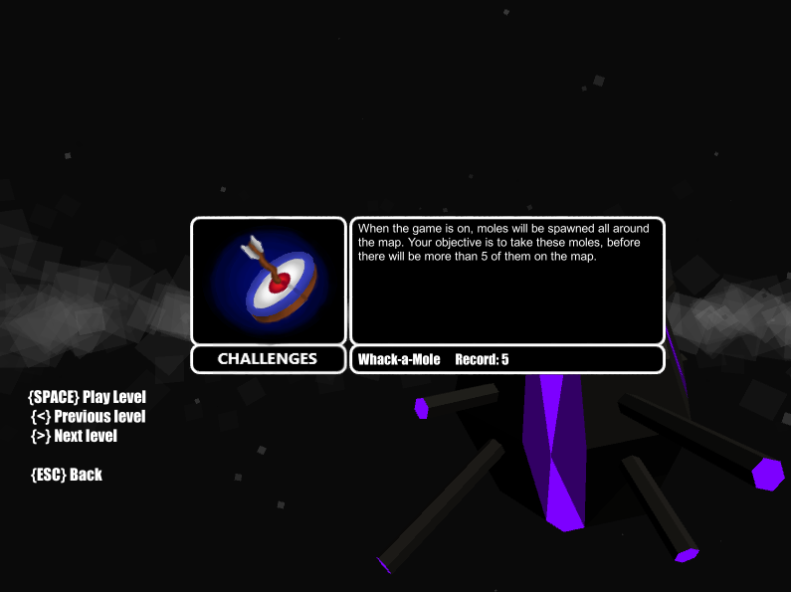 (This is how bonus challenges menu will look like)

Another promised feature of the full version, are bonus challenges! They were pretty easy to implement, since they are considered by the game as regular campaign missions, the only differences are the fact that they are all unlocked at the start of the game, and that they cannot be beaten (you can only gain higher scores).

There are only five bonus challenges, and they are:

That's all of the progress from the past nine days. Now that I have created campaign and bonus challanges, I'll do local multiplayer next.