So it wasn't really that long ago since the last post about the development of this game, but that's because this particular element of the game was pretty easy to implement.

The basic premise of the local multiplayer

Local multiplayer is a game mode, in which you can customize the game however you want! Before the game starts, you can change nearlly all of the variables of the round, such as: amount of players, winning conditions, timeout time/form, and many more!

The ability to customize game rounds existed long before the release of the first demo version, all it needed was a menu in which you could actually customize the round, and that's what I've been working on! Here is how that menu will look like: 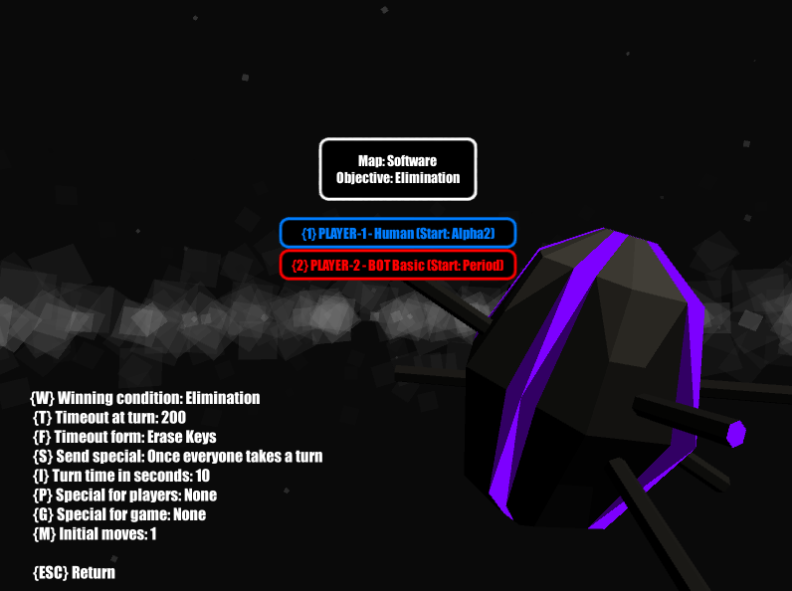 These options define and change:

As you can see, there's a lot of stuff to modify. This amount of customization is sure to provide you with a countless possible scenarios to play!

And thus, all of the promised features from the demo, have been implemented into the final game. But that doesn't mean that the game is ready to be published yet! I still have to check if everything is working correctly, polish some stuff, tweak mechanics, and so on. But all of this stuff shouldn't take me that much time to do. Since Q3 2018 is coming to an end, and I promised to release this game somewhere in Q3 2018, I should announce the release date pretty soon!