Local Multiplayer has been updated!

Here are more details on the update: 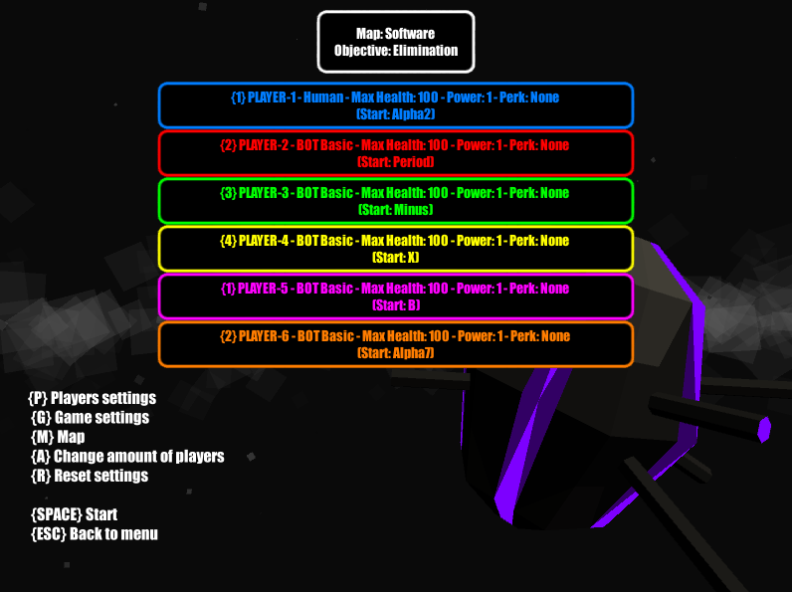 As you can see, there are few key differences visible in the menu.

The first thing, is that the options to change Color/Name/Type/Starting Key of a player aren't present in the menu. These options have been moved to "Players settings" subcategory, which looks something like this: 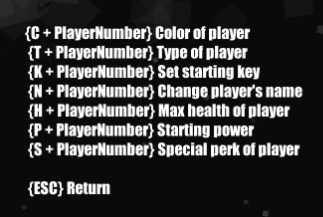 You can also see, that there are more options to customize a player. These new options are:

The second thing, is that the rectangles that contain informations about the players, are now bigger. They've been resized due to bigger amount of player customization options.

And the last thing is the "Reset settings" option. As the name suggests, it'll undo every change to the options inside the local multiplayer menu. It's pretty useful, now that there are more options than before.

More stuff to choose from

Aside from adding new options, I've also added new stuff to the new and already existing options! That stuff is:

2. And now, everyone's favorite: Bug Fixes! The bugs that were caught and fixed were:

So that was the first update after the release, that besides fixing bugs, actually changed the content of the game! As it turns out, I'm not ending the development on the full version. Well let's hope that I'm gonna keep coming up with new ideas for this game, so that there will be more content!